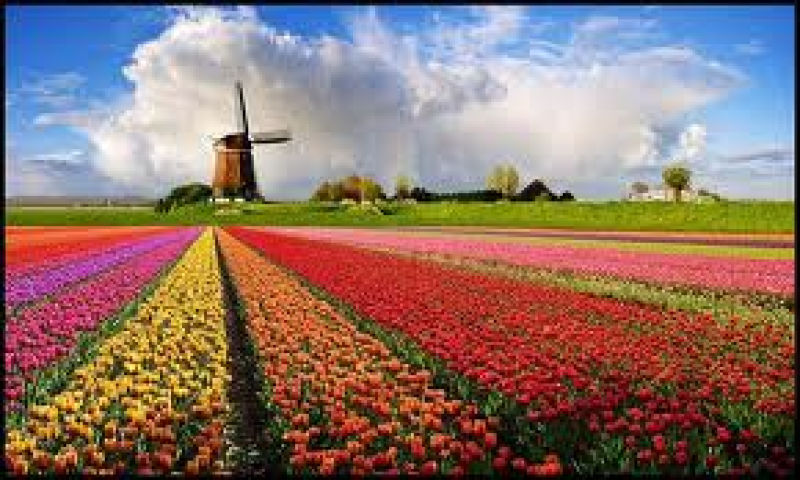 Most of the flower bulb cultivation takes place in the flowerbulb and dune region. The region extends from Leiden to the westside of Haarlem.

The region was developed at the end of the 16th  and beginning of the 17th century and is famous for its tulips but also for its crocuses, daffodils and hyacinths.

The flower season begins with the flowering of crocuses in March, followed at the end of March by the combined flowering of tulips, daffodils and hyacinths which extends into early May. When the bulb fields are in bloom, this region is one of the most colourful in the world. In the late summer a further display occurs when gladioli, dahlias, carnations and asters flower.

The towns of Voorhout, Sassenheim, Lisse, Hillegom, Bennebroek and the south of Heemstede form the boundaries of the flower bulb region and a part of western Haarlemmermeer around Zwaanshoek is also part of the region. The still existing sand just beneath the surface makes the soil ideal for the cultivation of flower bulbs. The dune region stretches from Noordwijk via Noorwijkerhout up north to Vogelenzang.

The famous Keukenhof attracts more than 800,000 visitors every year. During the flower season you can buy flower garlands along the road. Bloemencorso Bollenstreek is the flower parade that takes place on the first Saturday after the 19th of April. The magnificently decorated cars parade slowly from Noordwijk aan Zee through Sassenheim, Lisse, Hillegom, Bennebroek (stop) and then from Heemstede to Haarlem. In August there is another flower parade from Leiden through Rijnsburg to Katwijk aan Zee.